I picked out a grout color after painting swatches on scrap paper and holding them up to the tiles.  I painted the floors with it, but then decided I hated it next to the carpet.  I also decided I need to set the tiles on a thin card base to bring them up to the level of the carpet.  That's much easier anyway, it means I can tile the base on my worktable instead of tiling straight on the floor, and I can use the gray of the card as the grout color. 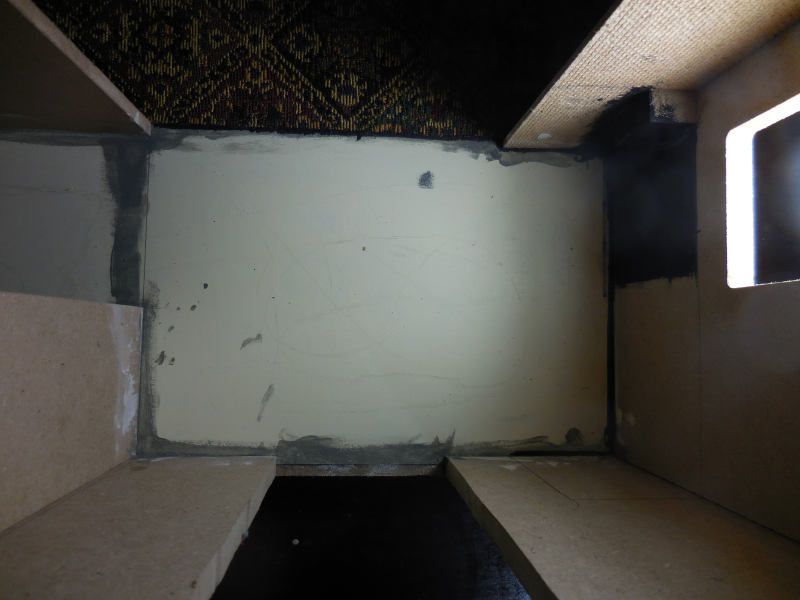 I painted gray around the edges of the room, so if there are gaps the light color won't show.  I also painted black the area behind the mini fridge, and ran a black sharpie along the edge of the carpet.

Tiling was quick and easy.  To speed up the tile cutting process I used measurements of one ruler width long by one brick measuring stick width wide. 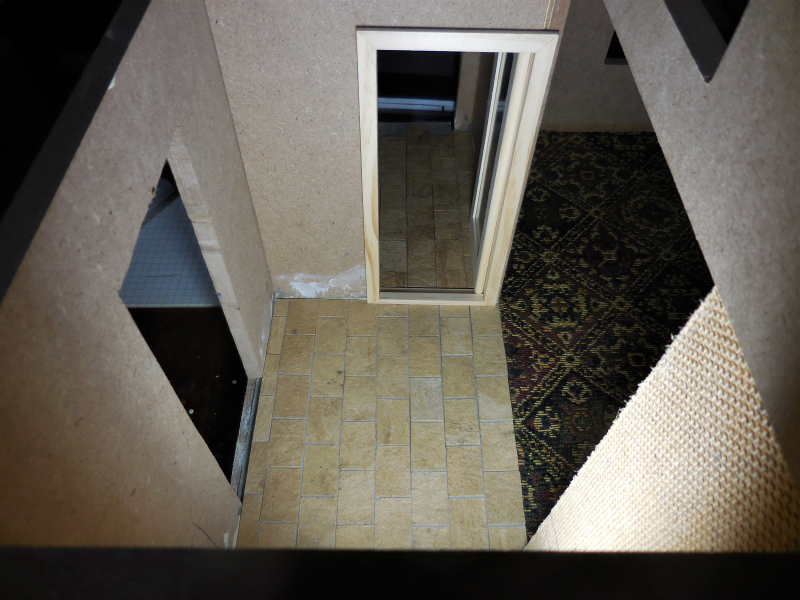 I'll finish the far end of the bathroom once the broom closet addition is attached.  The addition was originally meant to be a shower stall, but now that this isn't a hotel room a shower isn't needed.

The flooring is resting on my worktable, under weights, today while the glue fully dries.  Tonight I will give it a coat of semi-gloss sealer.

Nice color! I like how it picks up the gold in the carpet.

I'm glad it worked out better for you - the tile really does compliment that beautiful carpet!

The first thing I thought was just how fantastic (and real!) the carpet looks now! Always smart to darken the edges... must remember that myself! The tiles themselves look great : )

Hi Keli, You are making good progress.
Re the Swiss Army Knife. B had one the same at one time - the spoon and fork were part of the knife - albeit cumbersome.
He prefers his wave leatherman - no cutlery required.
Nice to see you in a photo!
Regards and all the best.
Janine

I like it!
I have the same color tile in my entry way and laundry area, so great minds!