Home Archives Profile Subscribe
all the things I screwed up today
coming in the fall, to an etsy near you

another water/paper trick and fixing the sink

I tapped the flat roof back out, I have to fix the sink.

I still had the piece I cut out the first time, so glued it back in.  I then drilled a hole for the new sink, a bit smaller and in the right place. 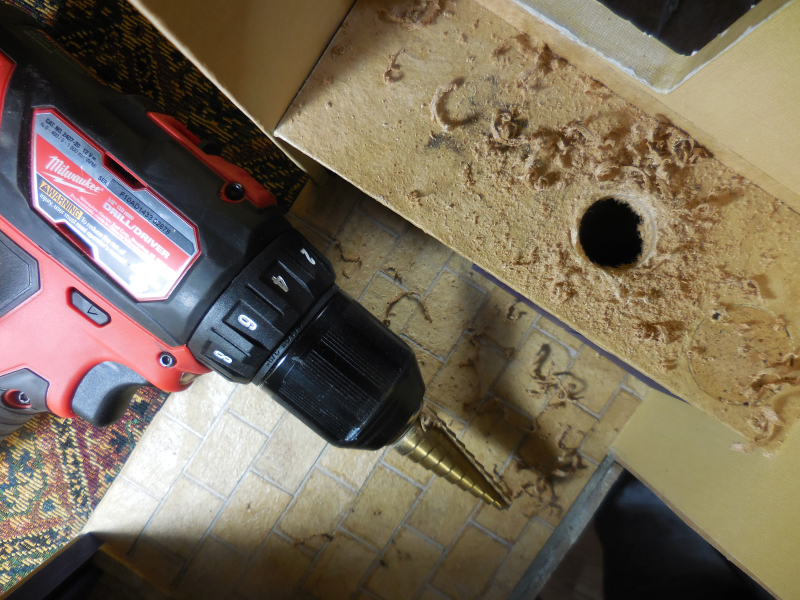 That's a step bit, in case you didn't know. 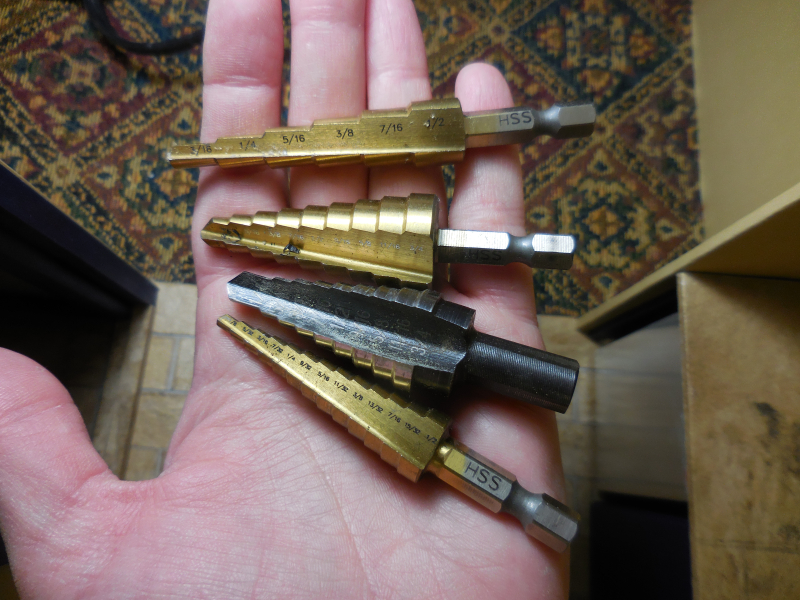 And...all cleaned up.   See that shiny bit at the bottom?  That's the faucet, I tested to be sure the sink hole was large enough, dropped it, then had to fish it out with a pair of tweezers. 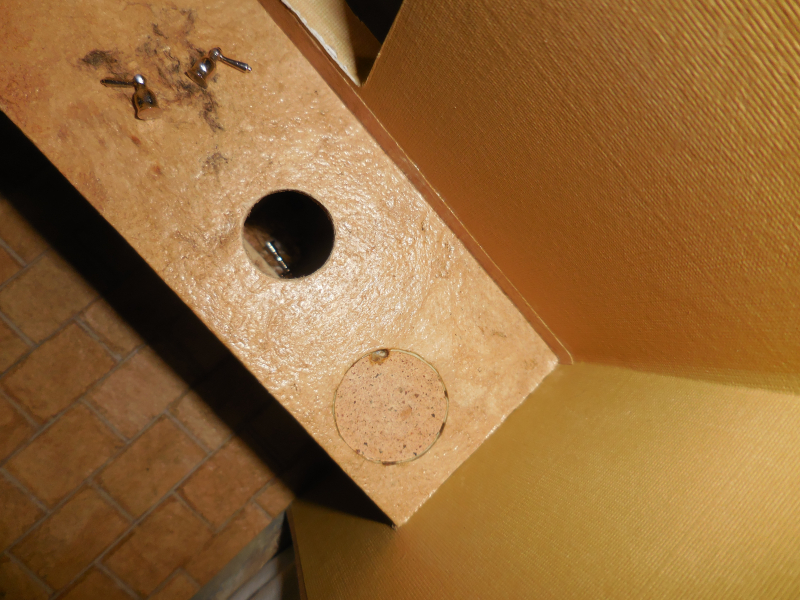 I'm going to be forever dropping stuff down there if I don't stopper the hole.  I couldn't reach in from the bottom, so I cut a circle a bit larger from black paper, threaded a piece of sewing thread through it, put quick tack glue along the edges, bent it enough to fit it sideways down through the hole, then used the thread to pull it up into place, and held it until the glue sufficiently set. Once the glue was completely dry I pulled the thread out, then sealed the whole shebang with gel medium. 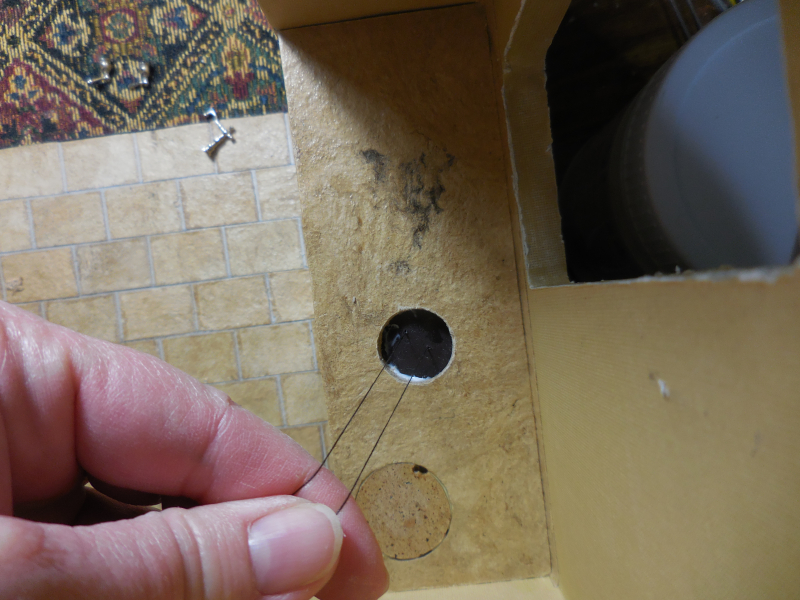 To cover the old sink hole I'm going to use another paper and water trick to create a patch.

I cut a square larger than needed from the paper my countertop is covered in.  I wet the edge of the back side, and using my fingernail, scraped away a layer of paper, to thin the edges out. 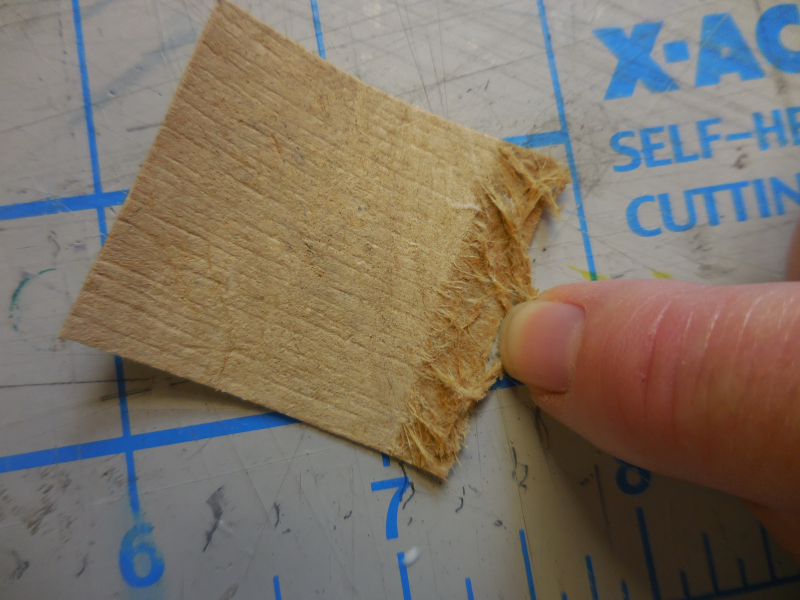 I did that around all four sides.  The paper is very fibrous, so it didn't work quite as well as I wished it would have.  This is the front of the patch, ready to glue on the countertop. 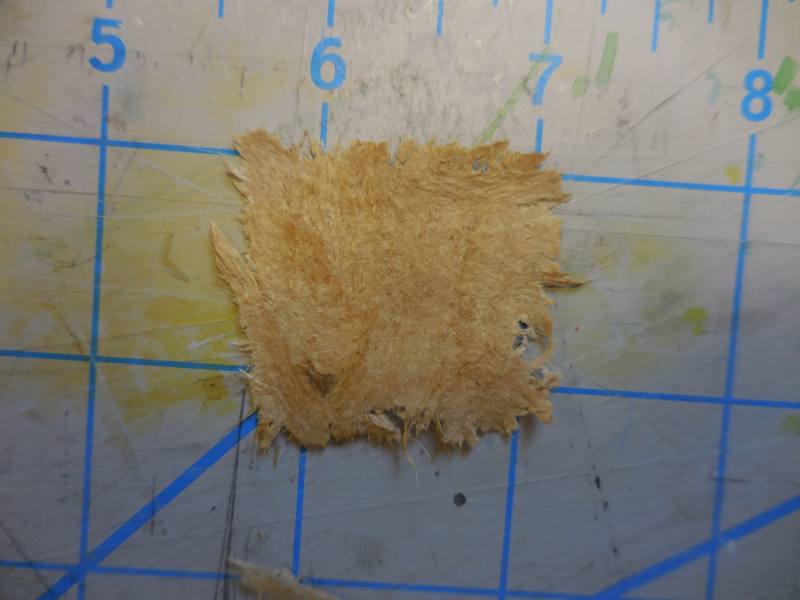 Let me show you this technique using card stock.

Wet the edge, and use your fingertip to scrub away some of the paper. 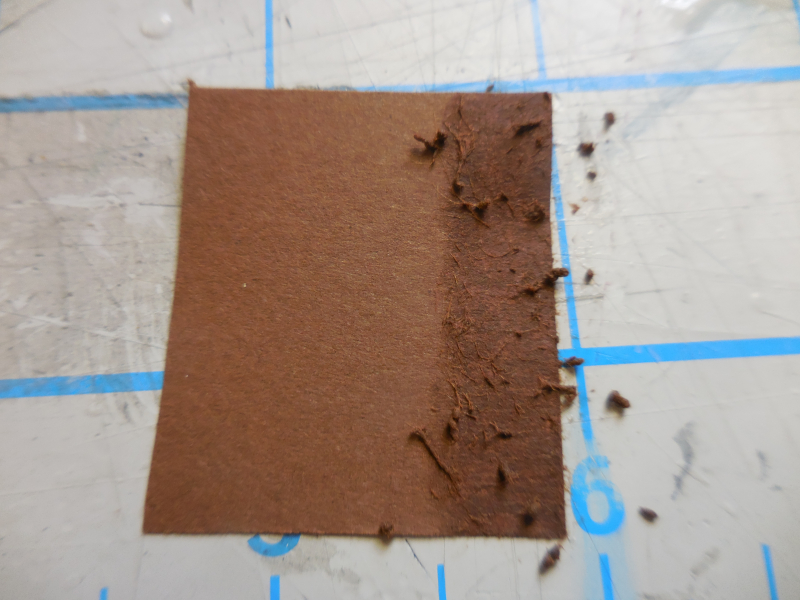 Do that around all four sides, then go around again, but only half as far in as you did the first time, to thin the outer edge more.  Also pull at the very edge with your fingernail to tear the edge so that it's not straight. 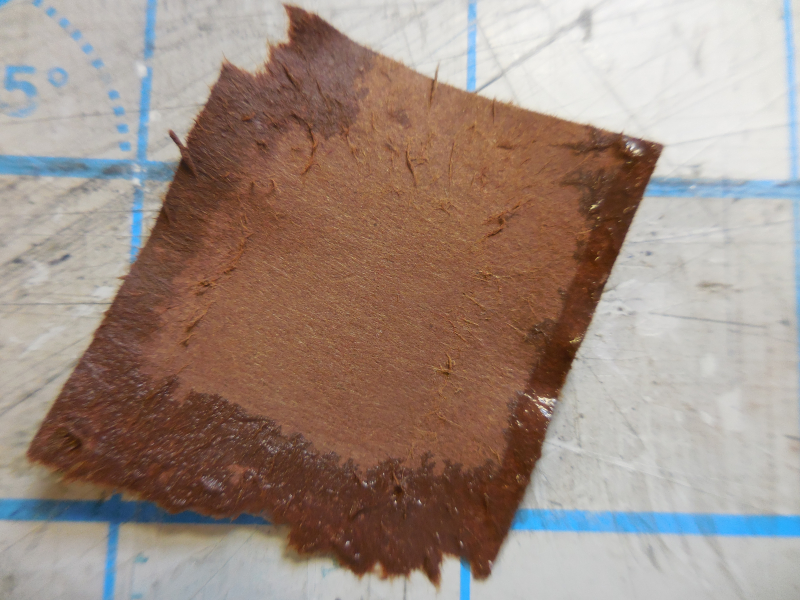 This is the front side of the completed patch.  It has to dry before it's glued on.   I sped things along with my hair dryer. 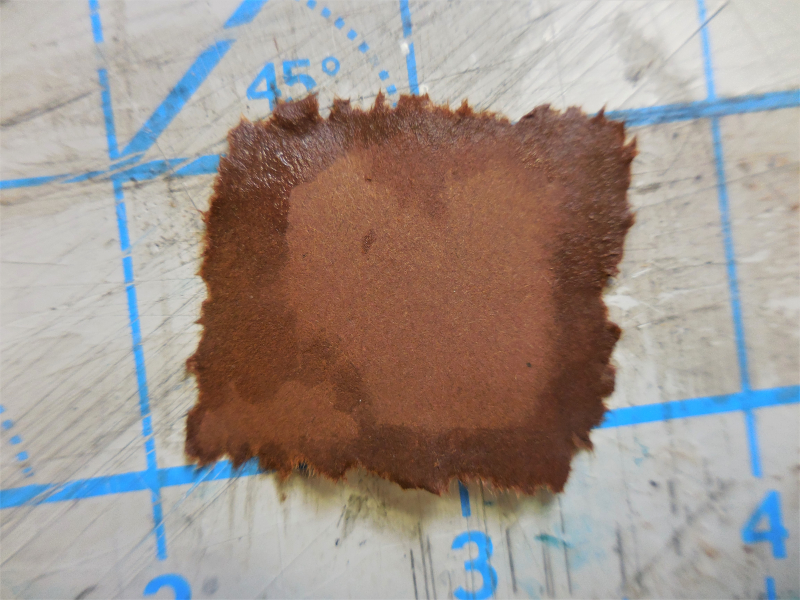 I glued the patch on the same cardstock, next to a square, cut, patch. They are both still noticeable, but then, when I do this....

Obviously, this isn't a technique you'd use patching wallpaper in your living room, but it has appropriate moments.  When I built the mill I covered the exterior in a mottled, yellow, paper, to simulate stucco, and used this technique on the edges so that joins wouldn't be noticeable, but would look like cracks.  You can see it best in this picture.  I used colored pencil to enhance the join on the left side, it's in its natural state on the right. 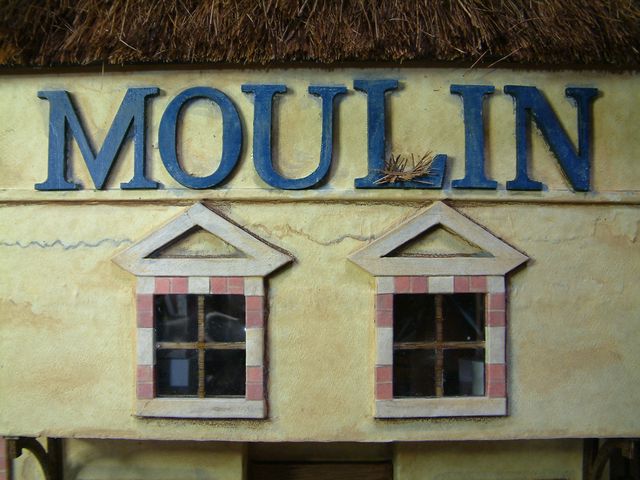 So, how did the patch work out on my countertop? 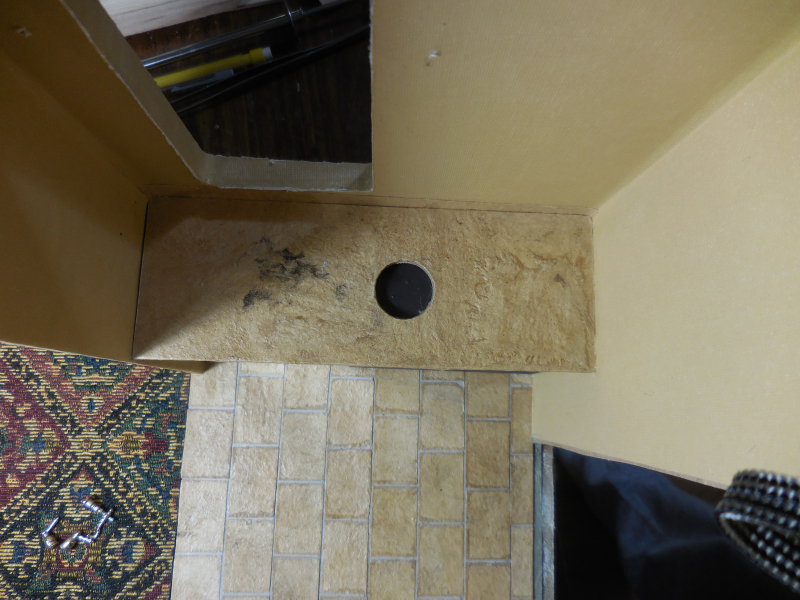 Not bad.  I put the thinner edge at the front, the thicker at the back.  Once I put stuff on the counter you won't even see it.

I still don't like the sink hole, now it's too far back.  I may putter with it some more.

Holey Moley! I knew you would go back in and fix it - no way you were going to leave it as is, you perfectionist. But that was an incredible amount of work and patience!

Yikes. I'm amazed at how good it looks. I would never have thought there was a problem if you hadn't show us.

The position of the sink... yeah I can see how you'd think it would be too far back. Though when I look at my bathroom sink the back of it is the same distance from the wall as the front is from the counter edge. I suppose the width of your counter would change that though.

Those bits are sexy! *has tool envy* I like the patch idea, and you are right it will disappear once there are minis on the counter.

Great fix Keli - will store that info for future use. And as for the sink, I was going to say quit while you're ahead, but then I thought, if it's bugging you now, it will keep bugging you, so best fix it.