M is for Milo

In August, in the midst of home renovations, I posted this picture and said  I'd tell you the story later.  It's story time. 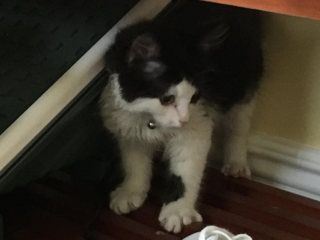 Last July my daughter, Kate, had a feral kitten on her property, living in her garage.  It wouldn't let her come anywhere near it, of course.  Kate didn't want it to take up permanent residence, spreading disease to her two cats, so she set a live trap.  First she caught one of her own cats, Belle, then she caught a neighbor's ginger tabby, then Belle again, but finally, in early August, she caught the feral kitten.  The food had been disappearing out of the trap daily, we suspect it took a couple of weeks for the kitten to weigh enough to spring the trap. 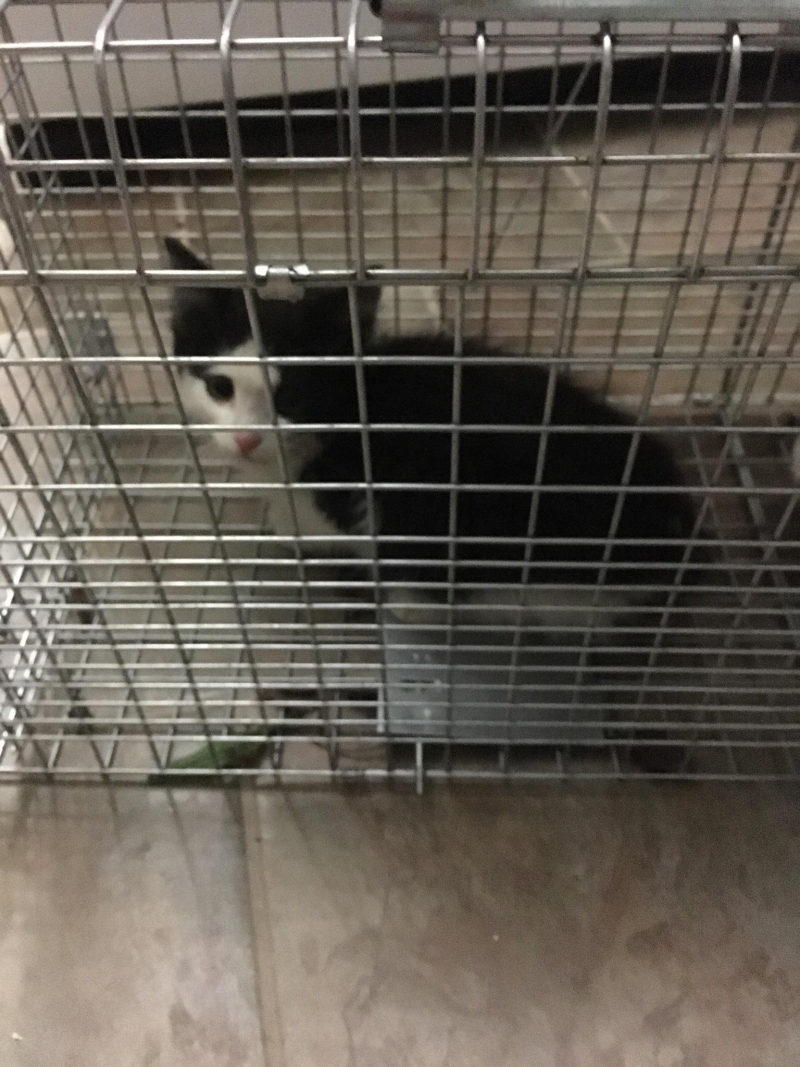 Kate closed him in her bathroom for the night with some food, water, and a litter box, then went to work.

In the morning, when she came home, she took him to her veterinarian, in anticipation of taking him to the Humane Society.  The vet pronounced him free of fleas and mites, healthy but underweight, and estimated his age as eight to ten weeks.  The kitten was surprisingly calm and cooperative.

Kate took him home.  He would hiss and run when approached, but once picked up was a calm, snuggling, purring ball of fur. Kate's heart was melting, it was going to be difficult to take him to the Humane Society on her next day off.  She installed a baby gate to confine him to the bedroom and bathroom, put a collar with a bell on him, and let him out of the cat carrier.  (That's Gomez, the other side of the gate.) 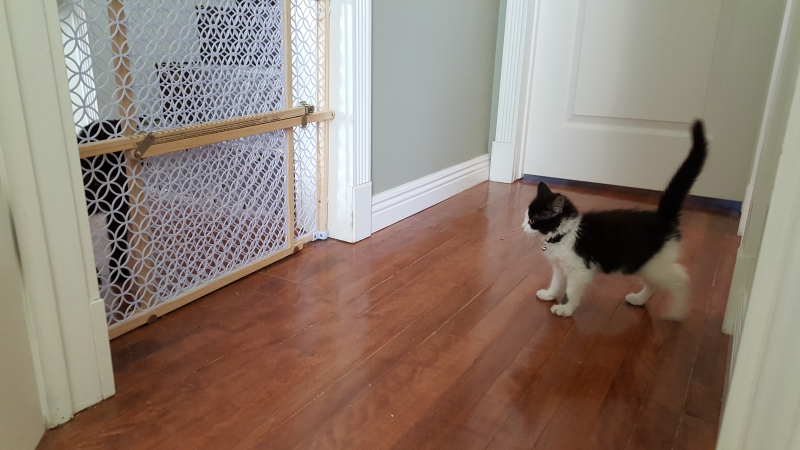 She asked me to come visit, to socialize him. 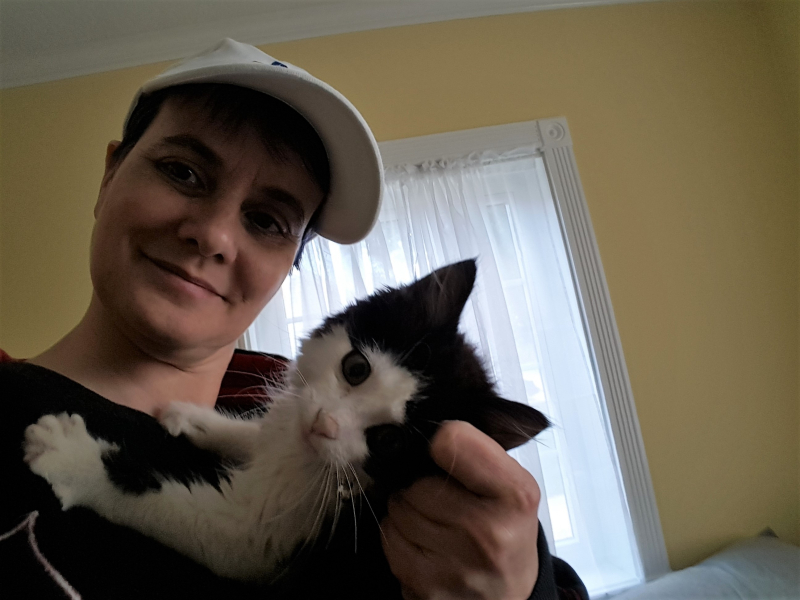 Two days later he was suddenly close to death.  He stopped eating and drinking, grew lethargic, then limp, breathing shallow and very fast.  Kate rushed him back to the vet, who diagnosed him with a respiratory infection.  She injected him with antibiotics and had Kate keep him wrapped in a cool, wet washcloth to bring his fever down.  He was not expected to survive. 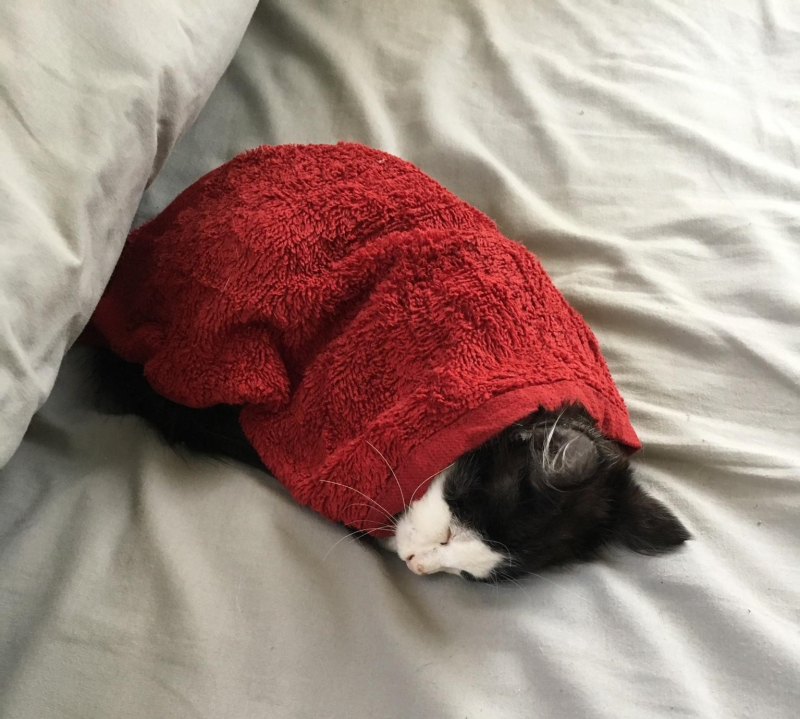 He rebounded quickly.  Then, in swift succession, there was another trip to the vet for fly larvae removal in two locations Kate found while washing him, then one of the wounds from the burrowed larvae got infected.  There were also tapeworms, then fleas.

After all that Kate decided he wasn't going anywhere.  She named him Milo, her little soldier. 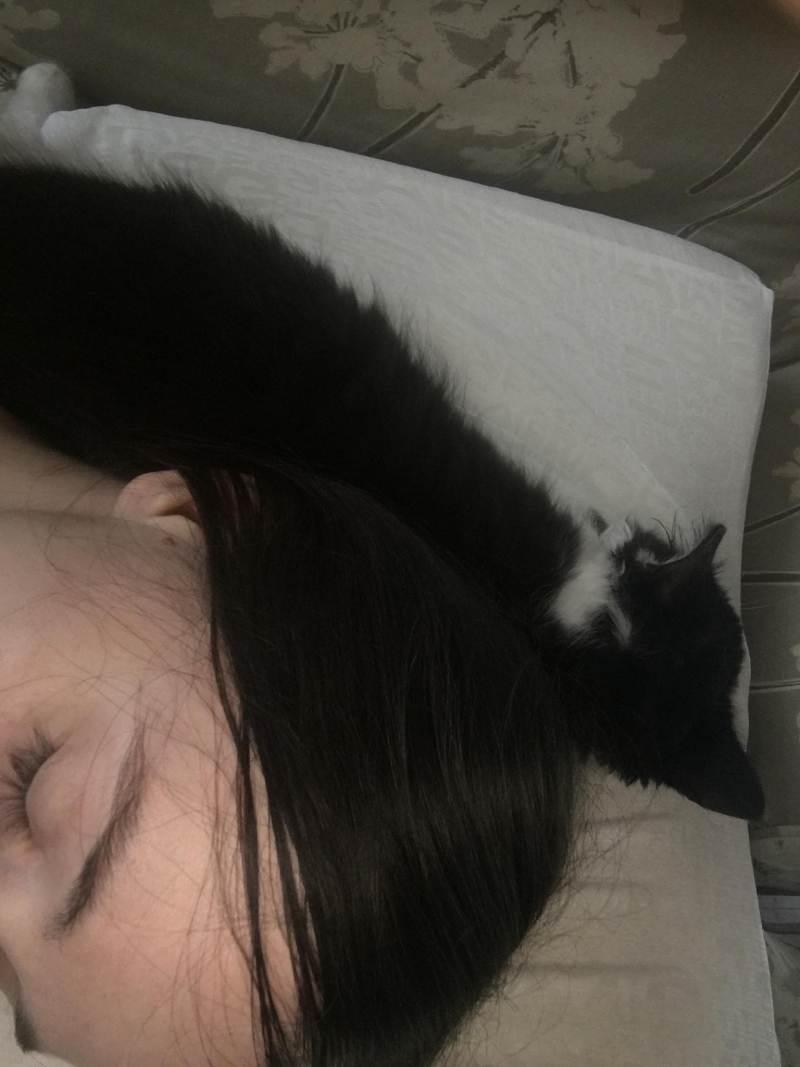 By late September he was friends with Gomez, who is gregarious and loves to play, but Belle was still giving him the cold shoulder. 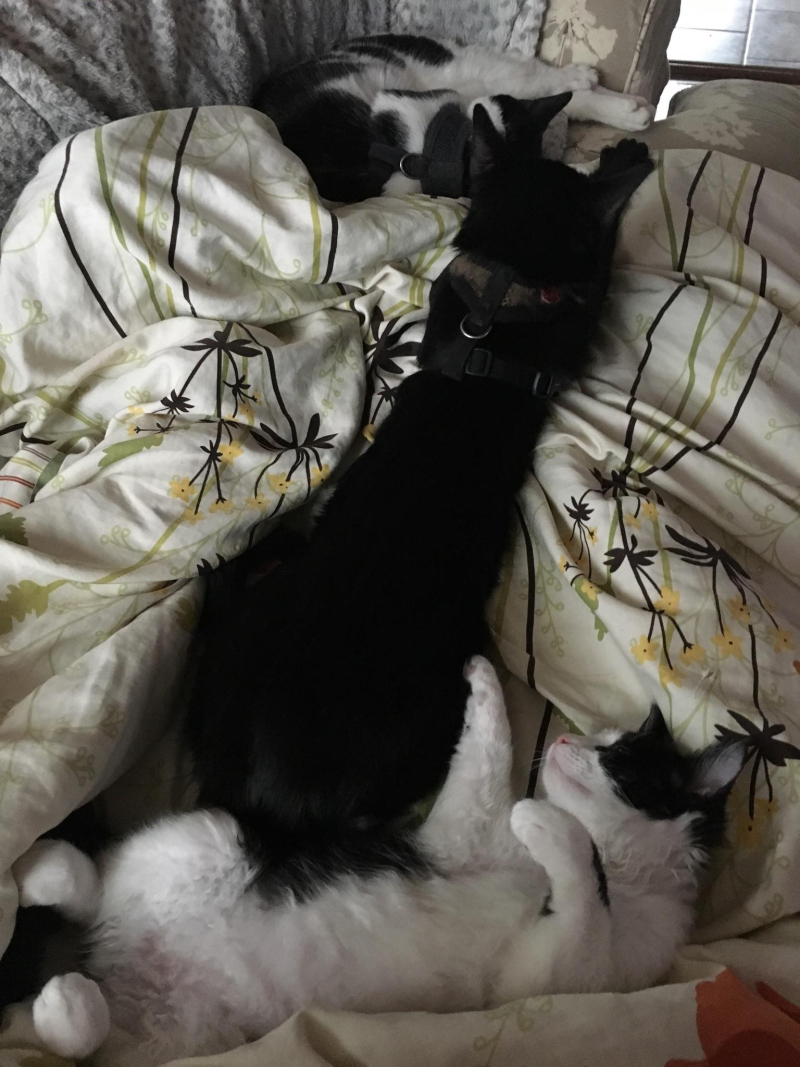 Now, several months later, Milo is truly healthy, happy, and part of the family.  He's wary of people other than Kate, which disappoints Daisie, Kate's best friend and frequent house guest, but Daisie is patiently making advances.  Last week he let her pet him, but only because he was sitting against Kate at the time. Milo is gorgeous! After such a shaky start, I hope he turns into a healthy adult. Sure looks like he's on his way there.

I remember when I didn't understand what you were talking about with the larva and you texted me a picture. Thank you for not making me see that again in this post. That was truly disgusting.

Milo is so handsome, it's so fortunate he found Katie.

What a brave little sweetie! I'm so glad he's doing better. So young to be away from his mom. Hopefully Belle will warm up to him and he'll learn good cat behavior from both she and Gomez.

Awww that’s so sweet! It was meant to be! Sad that the poor little thing was out on his own when he was so young but he sure picked the right garage!!

Aww, precious! I'm so glad your daughter rescued him when she did.. he had a rough start but lucky him he's got a loving home and two cat siblings. :)

This truly was a Beautiful love story! Kate saved his life and now she has friend for life! ♥

Awww... That is the sweetest story I've ever heard! He's such a cutie, too!

I had to call my husband to read this and even before I said anything, he said "Who's this?" and I said "It's Milo"! We love her and hope that more people like Kate exist in our world. Thank you for the heartwarming story, that's just what we needed :)

She's my baby, so I'm accustomed to her heart, but your comment made me tear up a little. Thank you, Susi.

Milo is adorable. I also have a cat with the same name.

Ooohh..... what a lovely story! I am so glad Kate opened her heart to him.... he is gorgeous! (And so is she!) Thank you for sharing this!