I did have one of Nancy's pointy leaved echeveria kits in stock to make water lilies from. 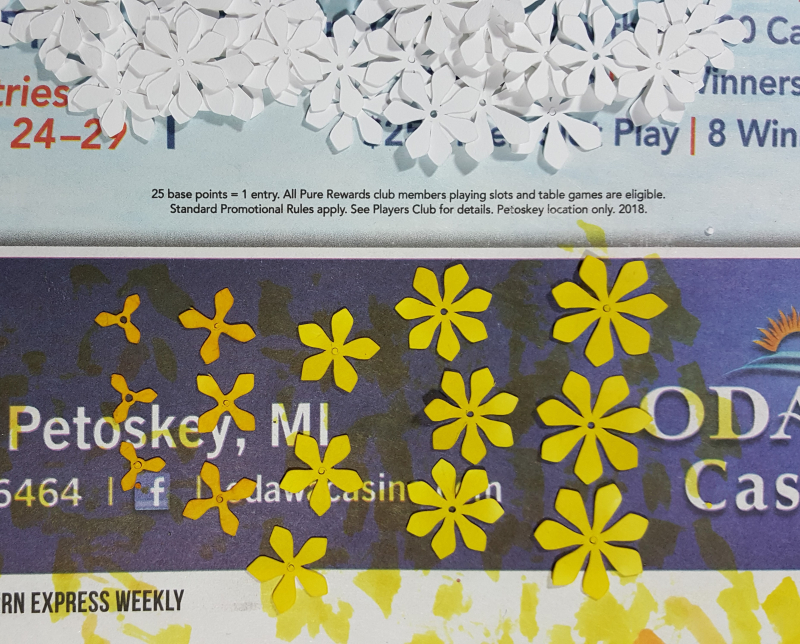 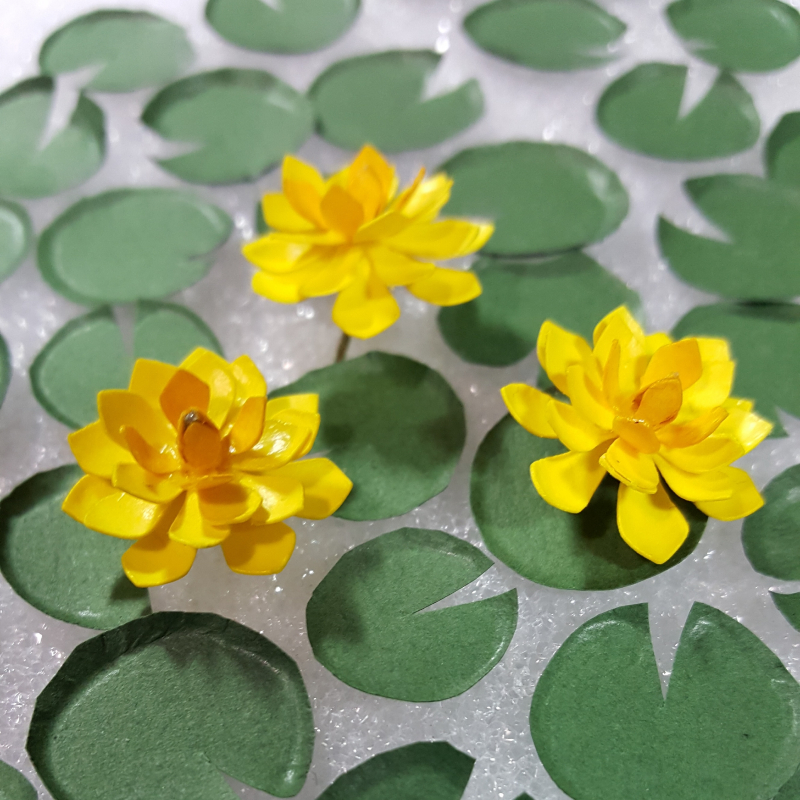 After those were done and color accents added to the lily pads (not pictured), I set about sculpting tadpoles and minnows.

I started with air-dry clay, because I already had some and figured the first practice batch would end up in the trash can anyway. 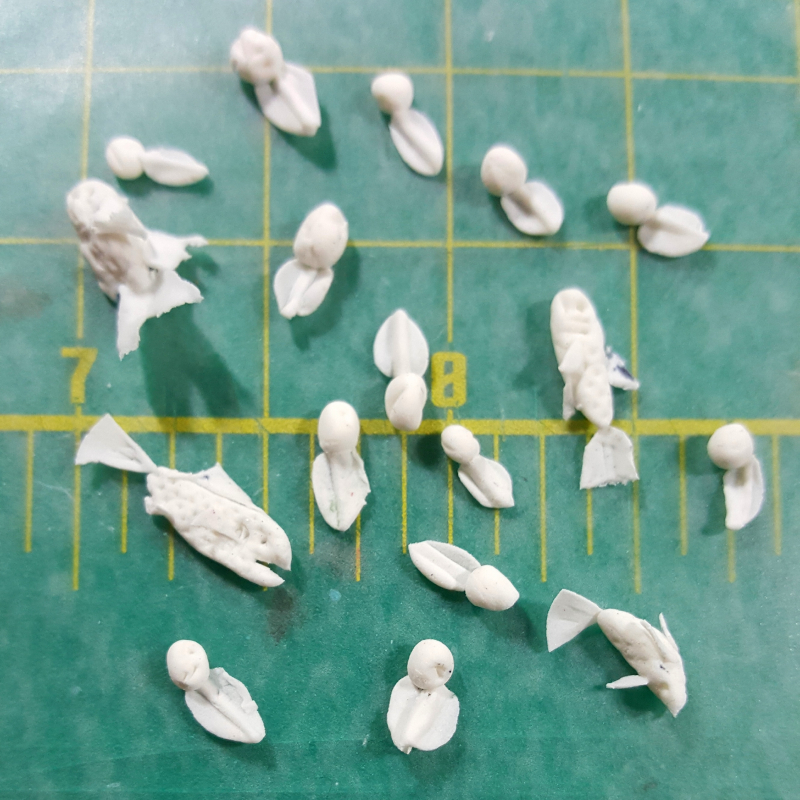 I gave up on minnows rather quickly, and transitioned to polymer clay for the tadpoles.  Tadpoles would be impossible to create to proper scale, as they'd be too minuscule to be noticeable, so I created them in multiple sizes.  I only used the smallest nine or ten babies, the rest I deemed too large, so they'll join their air-dry prototypes swimming in the rubbish bin.

I finished installing lily pad stems on the base, sanded it, then sorted through my jar of 'stuff I pick up on walks' for some natural materials to add to the bottom of the pond. 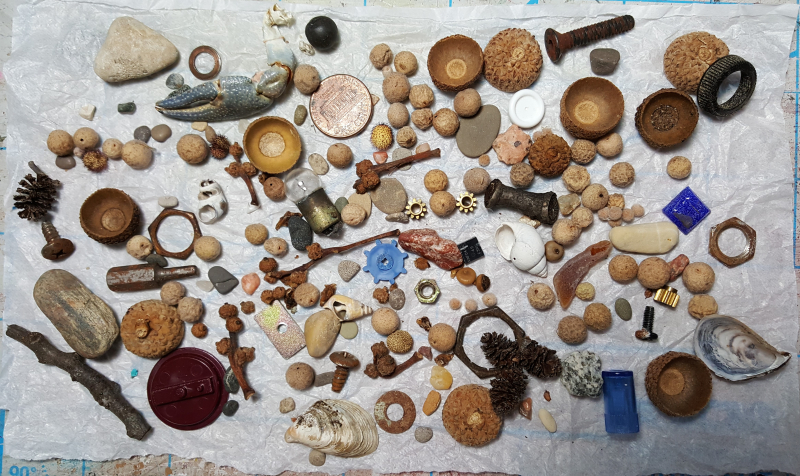 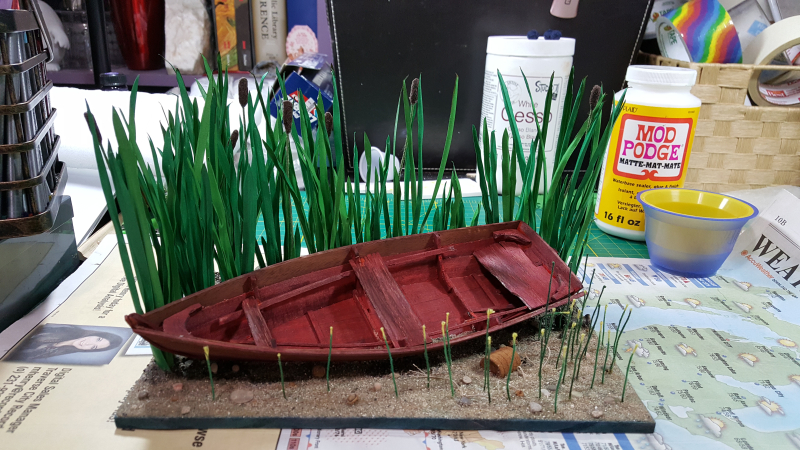 I used tacky glue to add acetate strips to the side of the piece (which will be removed later), positioned it on a turntable base, then poured the first layer of resin. 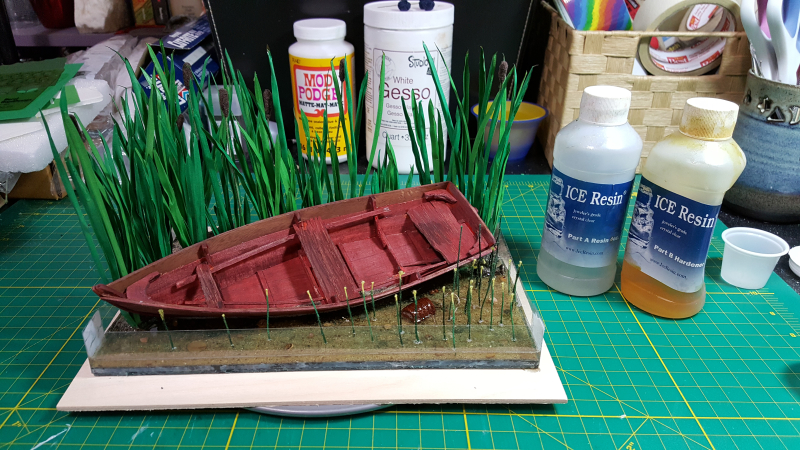 I'm using a mesh dome Sheila gave me to protect the piece from cat hair and airborne debris while the resin drys. 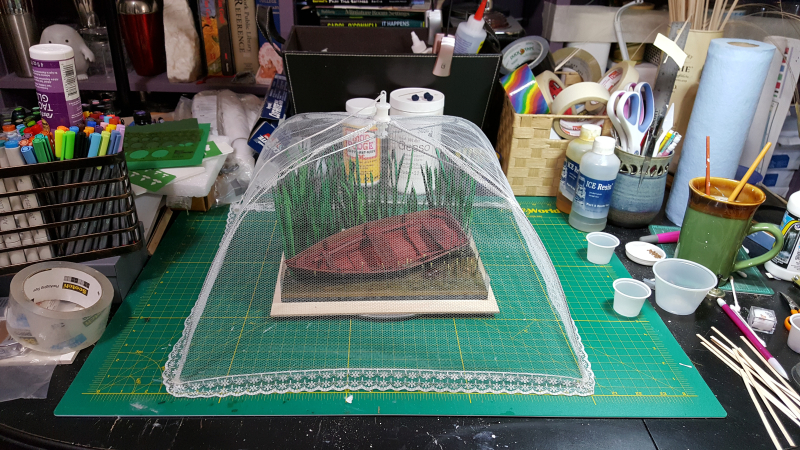 I have poured a layer of resin each morning this week, adding tadpoles between layers.  I took these pictures prior to pouring the last layer this morning.  I have now used all of the resin that's been in my supply closet far longer than recommended, I'm surprised it was still viable. 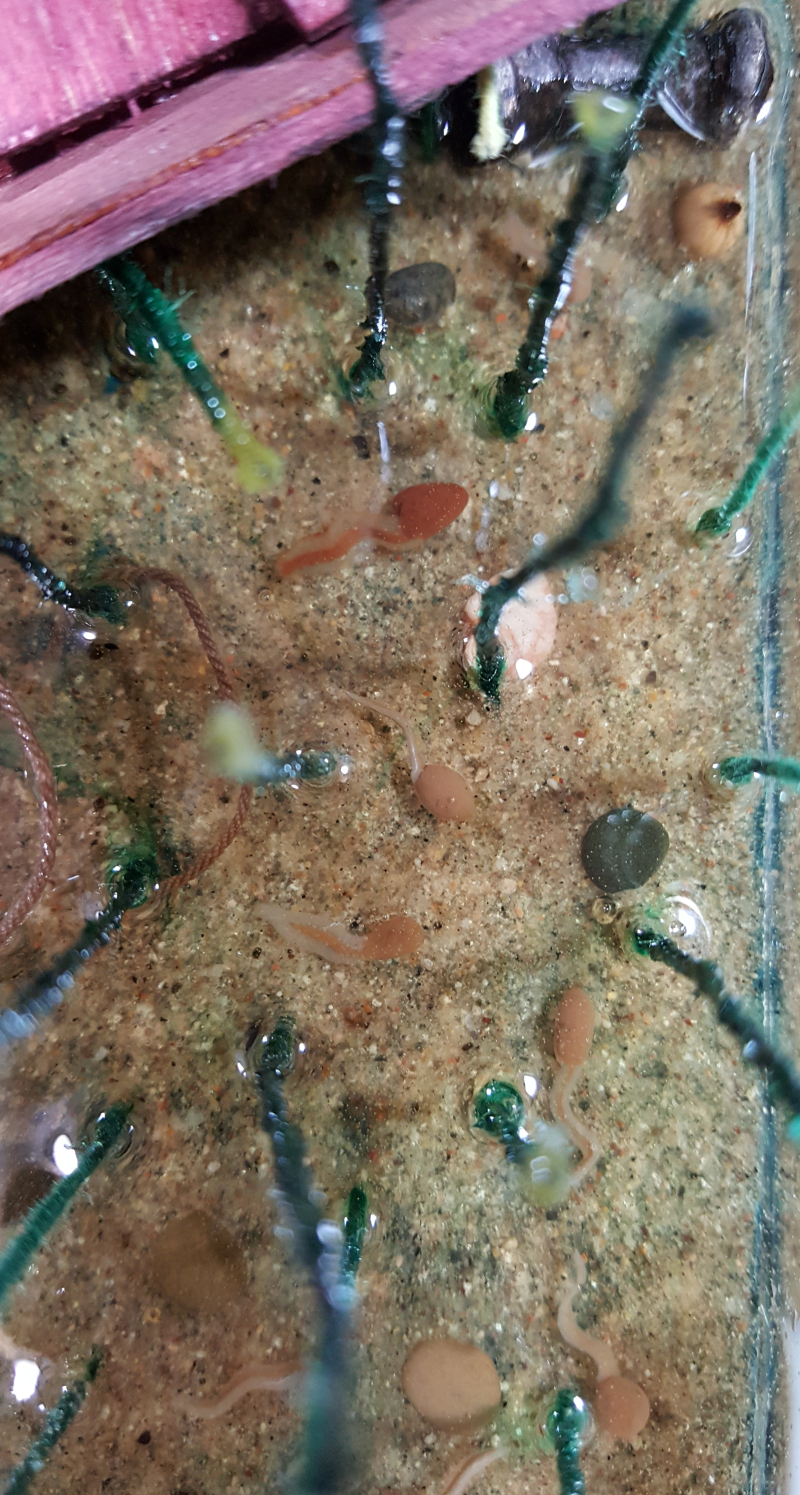 Did you see the fishing bobber floating in the boat?  I made it from a piece of leftover tiny turnings.  I save all the little leftover bits in an empty spice jar, for when I need a wee little odd something.

I will give the final pour a few hours to cure most of the way, then cut the stems to size and lay down the lily pads while the resin is still slightly tacky.  Final pictures tomorrow (hopefully), then I'll move the piece to the dining room table for a couple of weeks to completely cure.

I love it! Gorgeous! I can't wait to see it with the lily pads and blossoms in place.

I absolutely adore how this is turning out!

Going to ask a stupid question -
Are you happy with the ice resin?
My half scale turtle tank turned out awful. When I added the second layer, you could clearly see the line.

I love your realistic pond!! I made a small koi pond for my daughter in a silver tin container. What I noticed most about the layering of water is that when it cures is shrinks! At one point, it looked like my koi was popping out of the water!